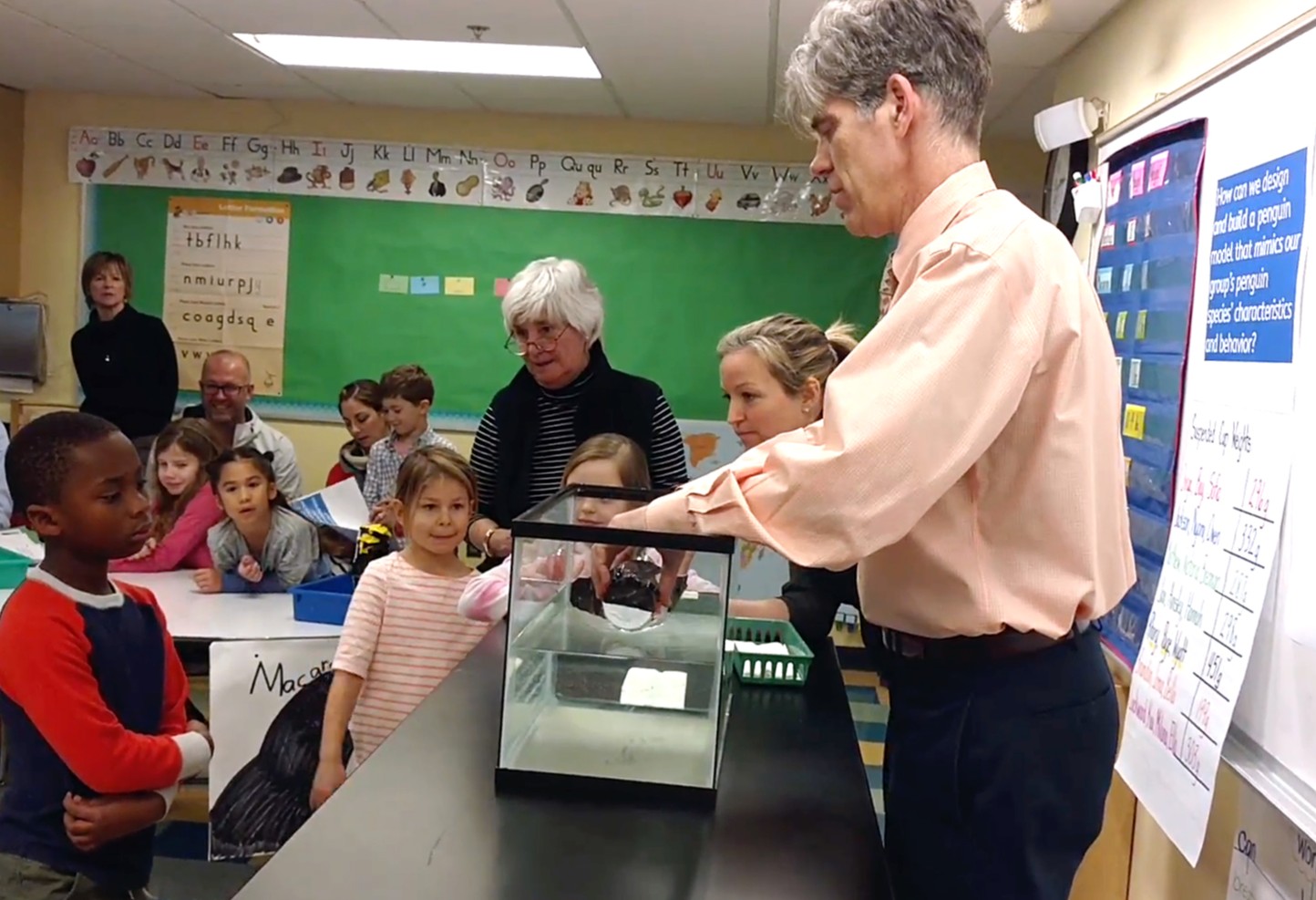 I always find the several days before a break compressed with activity as the school year comes to one of its crescendos. Let me touch on a few of those events. On Monday, I introduced the parent coffee with a quote from a 1980's magazine article in which a Tower graduate, looking back on the early days of the school, said, "We lived our school, whether in it or at home." Emily Lopez '88, parent and President of the Tower School Parent Association, then led us in a conversation about how Tower all these years later continues to connect families to the school, and how we can do more to encourage this relationship.

Fast forward to Thursday night. I found myself sitting alongside the bleachers at the Upper School drama performance of Mary Poppins, the handiest spot to help usher people to seats. From this vantage, I experienced a unique version of the performance: I could see the actors' faces just before they made their entrances from the side and back doors of the PAC. I could peer over the shoulder of Fred Shepard at the piano and watch his wordless interactions with the cast. I could also look easily to the balcony where the light and sound crew was relentlessly in motion to create the settings for the action on stage. From my seat, I enjoyed not just the performance but the mechanics of how the performance went together.

And then on Friday morning, I joined in as the first graders, working in teams, brought their models of penguin species to a public exhibition and evaluation. Each team was required to describe their penguin and then test how well the model floated in a tank of water. The focus and, yes, nervousness on the faces the first graders resembled the expressions of the Mary Poppins cast and crew. A look of learning. A look of wonder at how one measures up to the larger world. Our students, young and old, were invested in the outcome, and they knew that for better or worse they would own the outcome. But they also knew that guidance from their teachers over the preceding weeks provided them confidence despite the nerves. They believed that success was within their grasp.

Over the course of the winter, you have seen our new mission statement, which captures Tower's history and directs us for the future. You have attended (or seen a transcript of) Tower's State of the School in January. I encourage you to spend some time with both of those documents. They describe a school where students are "known and needed", and they convey the journey that allows young children of promise to grow into early adolescents of character and confidence.

Many of you have told me that you appreciate how these resources help you find the language to express the Tower experience to yourself and others. I am glad to hear that, because we strive to be a community that agrees on its goals and methods. But to describe your own observations—be it watching the floating penguins or the cast and crew of Mary Poppins—tells the story even better of students owning outcomes, of teachers working in intentional ways and of all of us "living our school whether in it or at home."