Everyone Has a Job 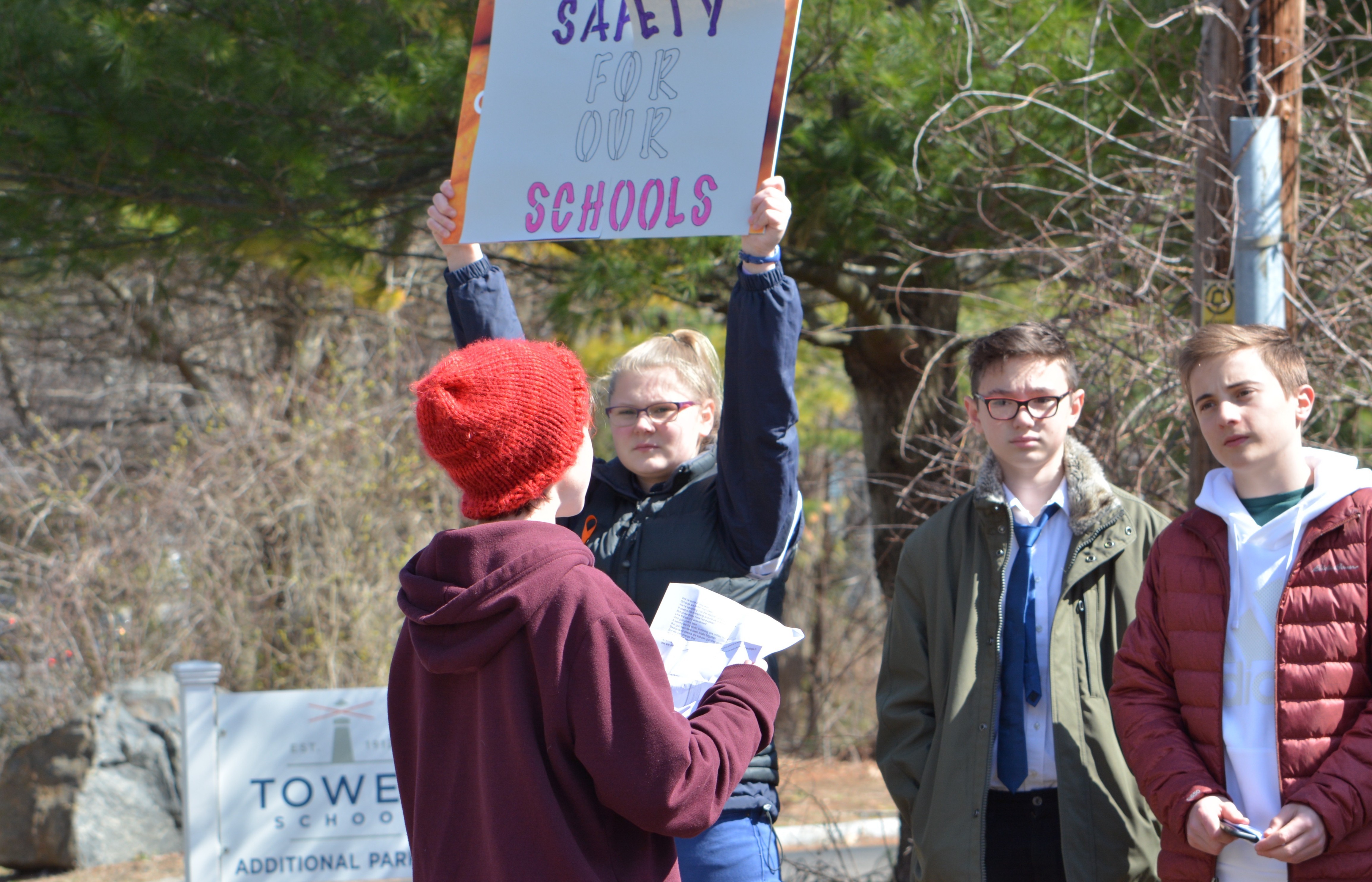 I love the spirit of Tower's all-school assemblies on Friday mornings. How exciting to have a forum where we hear from our youngest students to our most veteran adults and everyone in between. From the front of the Performing Arts Center stage we see some of the best examples of students applying their learning. Reciting, performing, reflecting, singing. What is learned in the classroom finds a transformative meaning when it is applied in a public space. It can affect our lives.

But plenty of Tower students apply their learning beyond the PAC and even beyond the walls of the school. Last Friday, we saw an example of a focused group of our oldest students who used the skills they have learned in debate, research, public speaking and leadership to rally around the cause of safety in schools. I watched their protest. It was a powerful moment, timed with the National Walkout, which featured original writing, recitation and silence to draw attention to the lives lost due to school violence and to call for action that results in safer schools for all children.

I am proud of how these students have modeled for all of us the process that brings political conversation alive in respectful ways. In the weeks prior to their action, they read and researched. They connected with resources in school and outside of it. They put their ideas out for debate by their peers. They argued. They learned from mistakes.

They also found that while many agreed on the problem with which they were identifying, not everyone agreed on their proposed steps toward a solution. These other voices, though quieter on Friday, were important for other reasons. On the morning before the event, I challenged this other group of students at the all-school assembly to play their own role by helping ensure that the protesters lived up to the agreements in place for the day. To hold everyone to the rules of civil dialogue. And to know that they, too, have the right to raise their voices, on this day or on any other.

Share to FacebookShare to TwitterShare to LinkedInShare to EmailPrint this page